Dawn Blair is an artist who has always had a passion for stories. She finds her inspiration in noble hearts and fantastic places, as well as exploring the magic of infinite possibilities.

During her childhood, if she wasn’t on her father’s ranch making up tales of princesses, unicorns, and faraway lands then she was sitting at her typewriter churning out manuscript pages for the hundreds of ideas running around in her head. She always had a love for colorful children’s picture books, comic books, and cartoons, but she never imagined herself as an artist capable of visual storytelling.

In 2002, Dawn’s life changed when she decided to take a drawing class. Shortly thereafter she began painting with oils and acrylics, though she currently prefers acrylics because it allows her to paint quickly.

In the last decade, her storytelling has opened up into several different mediums, including books, painting, airbrushing, graphic novels, and photography. Dawn has collected numerous awards for her art, including Best of Color Photography. Her artwork has been included in multiple invitational and juried art shows around Idaho and Utah and has been exhibited in a fundraiser collection for We Art Women in Boise, Idaho. She has sold paintings throughout the United States and to international collectors in Trinidad, Canada, and Australia. Her writing publications include a rebus story in Turtle Magazine for Preschool Children, a non-fiction book about editing called The Write Edit, and a fantasy novel series called Sacred Knight. The first book in the series, titled The Three Books, came out in 2011 and the second book is due out later in 2012. She also teaches acrylic painting at Michaels Arts & Crafts in Twin Falls.

Dawn realizes she still has a lot to learn to master her craft, but doing the creative work proves to be the best teacher. She enjoys the continuous learning as well as discovering the work and techniques of other artists. She loves sharing her own experiences and hopes her art serves to uplift and inspire others to explore the adventure of their own lives. 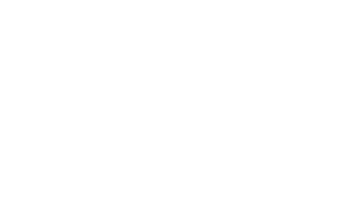