In The Light (An Original Painting About Peace)

In The Light is inspired by the architecture of the Sokollu Pasha Mosque in Istanbul, and is a statement about inter-faith peace. I was in Istanbul with friends on September 11, 2001. We were due to see this little gem by Sinan the next day. Still devastated, we asked to climb upstairs in the empty mosque, and each of us meditated or prayed in his/her own way.

As it happened, the three were Jewish, Christian, and Muslim; the experience was nourishing. I began to think about the way this experience made a statement about what was possible in the world.

The Christian Church of Hagia Sophia, built by Justinian when the city was Constantinople, was the model for the mosques that were built after the Ottoman conquest. Under the Ottomans, Jews were welcome and flourished, taking their architectural style for Synagogues from the local practice. So the little mosque in the painting could have housed any of the three religions, except that the location of the Mihrab would differ a few degrees from that of a sanctuary.

In the painting, light streams in through the windows, and in the lower interior the symbols of the three faiths are united in the light.

This is 30 inches high by 26 inches wide, acrylic on stretched canvas. The framed dimensions are 32 x 27 inches. The shadow frame cuts off none of the painting, as other frames do.

The painting is signed and dated on the back. I send a letter of provenance which increases the value of the work. All my artwork is copyrighted by Eleanor Gilpatrick. Copyright is nontransferable through the purchase of artwork.

Style: issues of our time  mosque 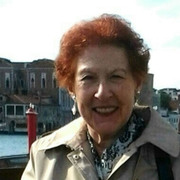 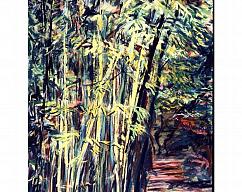 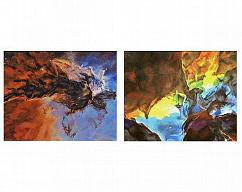 The Eagle And Lagoon Nebulas, A Paired Set Of Space Landscapes 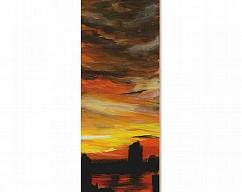 Across The Hudson, An Original New York Landscape 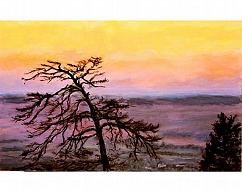 Above Oslo (A Norwegian Landscape)