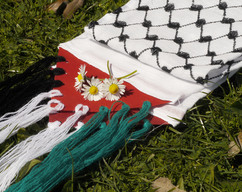 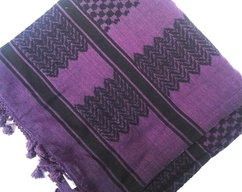 KUFIYA, MADE IN PALESTINE, BLACK ON PURPLE 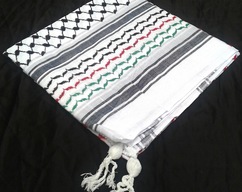 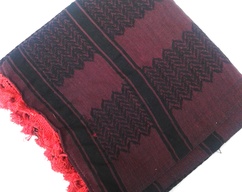 KUFIYA, MADE IN PALESTINE, BLACK ON RED