This spell is one of the most powerful spells I offer. Do you seek to in control of your life your destiny? Would you like the power not to never bow to any other? This could be your boss, your husband wife or even lover? Do you want your lover to want you all the time, and no other? For them to miss you, and long for you ? This spell will give you all the powers of Lilith.

Be warned, if you are not a willing vessel do not embark on this journey. I will call upon the power of Lilith for this spell, so who was Lilith? And how will this help me?

Lilith was the complete opposite of Eve. She was the goddess of eden. Adam had been created from the Earth and so had Lilith, while Eve had been created from Adam's rib. Indeed, Lilith had been created from the Earth, just like Adam. However, while Adam had been created from pure dust, Lilith had been brought forth from the sediment and filth of the Earth. The reason for this has also been hidden in silence, and it remains to this day shrouded in mystery.
The marriage between Adam and Lilith was plagued by a multitude of problems, most of them stemming from Adam's patriarchal views towards life in general, and sex in particular. The main problem that the couple faced, which eventually led to the destruction of their union, might be seen in this day and age as amusing. To Adam, however, it meant everything. What made matters even worse was the fact that Lilith refused to recognize the patriarchal power that Jewish Scripture had granted Adam, solely because he happened to be a man. Adam was well aware of that patriarchal power, and he intended to use it over Lilith even then, at the very beginning of time.

That irreconcilable difference came to the forefront during sex, when Adam required Lilith to lay beneath him, subservient and in the missionary position, while he proceeded to have sexual intercourse with, on, and in her. Having sex in the missionary position was the perfect way for Adam to assert both his masculinity and his authority over Lilith. To Lilith, however, it was an affront to her very nature. Since she had been created in the same manner as Adam, she expected that which was rightfully hers. Not only did Lilith expect Adam to treat her as an equal, she demanded it, and she refused to be subservient to him simply because he happened to be a man.

Lilith eventually became so furious with Adam for constantly trying to dominate her that she refused to have sex with him if he continued to insist that he always had to be on top. Adam became furious with Lilith, as well, and he continued to insist that the missionary position be the only position that they used during sex, because he believed that it was his God given right to be on top, and because it made him feel superior to Lilith in every possible way. By refusing to give in to Adam's demands, Lilith became more then just the first woman on Earth; she also became a unique and empowered woman, independent and free in every way, and the kind of woman who would never acquiesce to Adam's constant attempts at domination, whether they happened to be sexual or not.

Eventually the time arrived when Lilith could no longer live with Adam's unconscionable behavior, so she rebelled and committed blasphemy by uttering the unspeakable magic name of God, "Yahweh," out loud. Then, Lilith escaped from the Garden of Eden, using a pair of wings that quite suddenly appeared upon her back, and she quickly flew away.

Even though Adam had been totally miserable in his marriage to Lilith, and even though he was furious with her behavior, he desperately wanted her to return home. Lilith was the only woman on Earth, and Adam had learned about the pleasures of the flesh from her. With Lilith gone, Adam began to realize just how much he actually wanted, and needed, to know those pleasures again.

What should you expect to happen?

I am Lilith, I was born different. Just as my mother and grandmother were before me. As a young child, I began having visions, although I had no idea what they meant. Over the past 10 years I have developed by skills, and have been helping others as a medium and psychic. .

Once you purchase this spell I will need from you- 1,YOUR FULL NAME (BIRTHNAME) 2,DATE OF BIRTH 3,PLACE OF BIRTH (CITY, STATE,PROVIDENCE), & TIME OF BIRTH (IF POSSIBLE) You can send your info using the contact tab on zibbet all zibbet buyers will receive a handmade certificate of completion by email within 3 business days of purchase.
What should I NOT expect

To grow wings and become a demon
This is not a physical transformation
you may feel some physical sensations, as this is normal with this spell. It may be tingeling, warming or cold chills. Do not be alarmed, this is quite normal.

Spells do not always manifest right away, usally they begin slow. This is quite normal in magic. You should see results in about 30 days, however, in some cases it can be up to 90 days.

Should you be unhappy with the results, I will be more than glad to re cast your spell.

Pictures of the casting are available, only if requested. Some conditions do apply.

Conditions are as follows:
Images of unlimited packages, must be limited to two castings each night. Entire Coven castings images are not available at this time.

Only spells cast by myself, (lilith) will be photographed.

Why are their conditions?
This is due to a time issue, I must allow enough time for all the work to be done in one night.

All images will be sent the day after casting, not during the castings

I do need to know if you want pictures BEFORE CASTING. Images are not taken of the casting UNLESS you ask for it before I cast.

Why are their conditions?
This is due to a time issue, for the unlimited packages, and I must allow enough time for all the work to be done in one night. Pictures of conjures are not provided as these rituals take a large amount of energy, and demons, goddess, and entities demand respect, and I will not compromise that with images.

Please note most spells are not instant and do manifest slowly over a period of days or even weeks.
Legal: All Readings and spells are for entertainment purposes only, you ,must be 18 years old to purchase this item. This reading you purchase can not be a substitute for professional, help, legal, medical, financial or psychiatric advise or care. 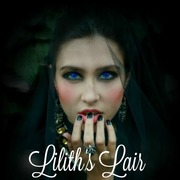 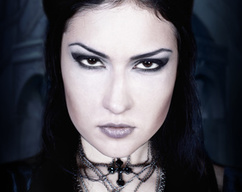 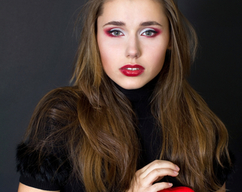 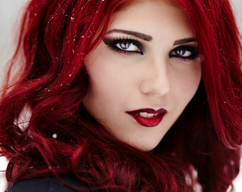 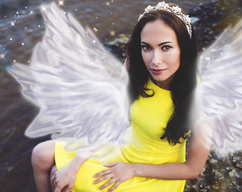