This beautiful Japanese netsuke has been hand carved in Japan.

It is an ancient tradition in Japan to carve these miniature figures or scenes origionally from found objects to create a netsuke which is toggle like adornment used as part of traditional dress.

They are highly collectable and can be made from many different materials such as wood, bone, stone, certain types of nuts and nut shells, mammoth tusk and many more natural materials. In modern times resin is also sometimes used.

This woman is carved from box wood and was made in the early 20th century. She is nude and looks to have just finished bathing or washing.

The artist has put his signature on the base near the holes which allow a cord to be threaded through and are present on all genuine netsuke.

Item will be shipped from United Kingdom 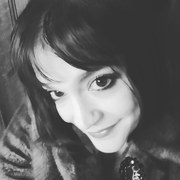