Evil eye beads are a fascinating type of bead which date back thousands and thousands of years. They still remain popular today, as a fashion item, however many people do not know about their very rich and varied history. Read on to find out a little more about the wonderful historical and cultural traditions which have been placed upon this stunning piece of jewelry making kit.

The concept of the “evil eye” itself is thought to date back to ancient, eastern Mediterranean cultures, from thousands of years ago. The belief that evil eye beads or talismans could protect the wearer from the negative effects of this eye dates back almost as far. There are hundreds of ancient Greek sources which suggest that this eye was an important part of talismanic tradition during that particular time period, but it is not known whether the tradition was started by the Greeks, or picked up from another time period. There is little evidence from before this which suggests that these eyes were in existence before the Greeks, but there is plenty of evidence from subsequent time periods.

The belief in the powers of evil eyes, and their associated evil eye beads and talismans was so strong during the Greco-Roman period that scientists of the period actually sought to use scientific reasoning to explain the phenomenon. Many scientists believed that those who possessed that eye could project some form of deadly rays towards those who they wanted to afflict. It is believed that these beads and talismans were invented to reflect these deadly rays back towards the sender. As the ancient Greeks and Romans built their respective empires, it is thought that they spread the idea of their concepts of the this eye around the world.

Nowadays, the evil eye is still very prominent in many cultures and societies. It is part of belief structures as varied as Hinduism, Judaism, Islam, Shamanism and Paganism. There are many places in the Middle East where is common to see these eye beads or talismans above the doors of houses or public buildings, in order to turn away evil spirits who are hoping to enter the building.

As well as being used by many different cultures, the idea of these eyes is one which has been adopted with aplomb by Hollywood and the world of literature. There are thousands of ghost stories and horror stories available to connoisseurs of fear, detailing the powers of the evil eye.

Of course, many people do not hold any belief in the powers of evil eye beads, whether good or bad. For many, evil eye beads and talismans are just a beautiful item of jewelry, which can be enjoyed aesthetically, as much as any other piece. The bright colors and vibrant designs of these items make them perfect pieces to brighten up any outfit. These beads are also wonderfully hardwearing, so they are the perfect choice for jewelry which is designed to be worn on the go. 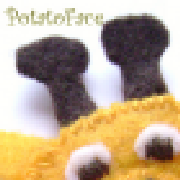 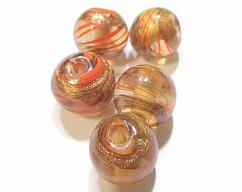 5 Round Clear Lampwork Beads with red and gold spiral striping 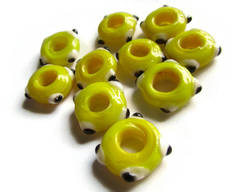 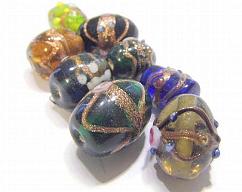 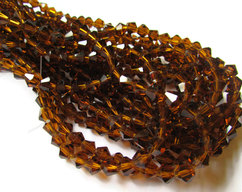