The last 50-percent-silver sixpence was minted in 1946 after which they were changed to cupro-nickel from 1947 onwards.

Reverse
Garland with rose, thistle, shamrock and leek, FID DEF above, SIXPENCE date below. One design only between 1953 to 1967.

Other Information
The last date of issue for circulation was 1967. A 1970 proof was issued in 'Last Lsd' sets, and at least one such set is known with a 1967 proof in error. There are minor obverse differences to be found on 1964 and 1965 coins, and minor reverse differences amongst 1955 sixpences.

The sixpence continued in use for some time after decimalisation in 1971, valued at 2.5 new pence. It was especially useful for parking meters and on the London Underground, but inflation and a lack of encouragement in its use led to it being finally demonetised at the end of June 1980.

The sixpence, known colloquially as the tanner or half-shilling, was a British pre-decimal coin worth six pence, 1/40th of a pound sterling.

In Britain, the first sixpences were struck in the reign of Edward VI in 1551 and continued until they were rendered obsolete by decimalisation in 1971. Along with the shilling (12 pennies) and the florin (or two shillings), the last general issue sixpence was issued in 1967 and a special proof version struck for inclusion in the farewell proof set of 1970. However, sixpences, shillings and florins continued to be legal tender at values of 2½, 5 and 10 new pence respectively.

Sixpences were originally supposed to be demonetized upon decimalization in 1971. However, due to public outcry, they remained legal tender until 1980.

The silver content followed the pattern of other silver coins. They were sterling silver until 1920, when they were reduced to 50 percent silver. The last 50-percent-silver sixpence was minted in 1946; they were changed to cupro-nickel from 1947 onwards.

As the supply of silver threepence coins slowly disappeared, sixpences replaced them as the coins that were put into Christmas puddings and children would hope to be the lucky one to find the sixpence, no doubt also encouraging children to eat their pudding.

They have also been seen as a lucky charm for brides. There is an old rhyme which goes "Something old, something new, something borrowed, something blue, and a sixpence for her (left) shoe."

They are also used as a good luck charm by Royal Air Force Aircrew who have them sewn behind their wings or brevets, a custom dating back to the Second World War.

In A Midsummer Night's Dream (Act 4, Scene 2), we learn that by his absence (ensorcelled in Titania's bower), Bottom the Weaver will forgo sixpence a day for life from the Duke. In Elizabethan times, the sixpence was roughly a day's wage for rustic labour in the provinces. With it, one might buy two dinners, six performances of Hamlet among the groundlings at the Globe Theatre, or an unbound copy of the play itself.

"I've Got Sixpence" a popular song (possibly based on a traditional or vaudeville version) was published in 1941, words and music by Elton Box & Desmond Cox.

Brian May, guitarist from the British band Queen, uses a sixpence instead of a normal plectrum to play his guitar

Item will be shipped from Norway 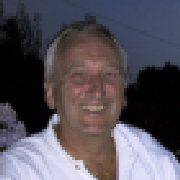