Murugar is the second son of Siva and Parvati, brother of Lord Ganesha. Murugar is worshipped widely in Southern India, especially in Tamilnadu. In fact, he is called the Tamil Kadavul (The Lord of the Tamil people).

He was once upset that Lord Siva gave the sacred fruit to Ganesha and tricked him out of winning it. He is said to have left the Himalayas, the abode of Lord Siva & Parvati and settled down on a hill top in Tamilnadu in the South. Most of the Murugar temples are located on top of small hills and he is also known as the Kundra Kadavul (Lord who is seated on a hill, kundru - hill).

He was born for the sole purpose of destroying Sura Padman, an asura who was giving immense trouble to the Devas & rishis. Murugar is said to have been created from the sparks from Lord Siva's third eye. Vayu and Agni Deva carried the sparks and dropped it in the Ganges which was carried to the Saravana Poigai. Six babies arose from the sparks and the six children were brought up by six women known as the Karthigai Pengal (pengal - women). When Parvati picked up the six children, Lord Muruga appeared as one baby. Muruga is sometimes depicted with six heads. When the time was ripe to destroy Sura Padman, Parvati gave him her Sakthi Vel. Murugar fought with Sura Padman, destroyed him. During the fight, every time his head was cut, Surapadman got a new head â a lions, a tigers, goat, etc. Murugar decided to cut him up vertically in two halves when he took the form of a tree. He is kind even to his enemies and thus took one half of the tree as his vahana in the form of a peacock and took the other half of the tree as a cock emblem in his flag.

He is known as Shanmukha because of his six heads. I am providing here the explanation given by Swami Harshananda in the book 'Hindu Gods and Goddesses' published by Sri Ramakrishna Math.
Of course, even a boy knows that biologically this is impossible even as an angel with wings is! But a concept like this can be conceded if it fits into useful philosophical postulations. His six heads represent the five sense organs and the mind, which co-ordinates their activities. When these are controlled, refined and sublimated, man becomes a superman. This is the implication of the symbology.

According to Yoga psychology, there are six centres of psychic energy, of consciousness, in the human body, designated as Chakras. They are Mulaadhaara (at the anus), Svaadhisthaana (at the root of the sex organ), Manipura (at the navel), Anaahata (at the region of the heart), Visuddha (at the throat), Ajna (between the eyebrows) and Sahasraara at the top of the head which is the destination for this energy. When the Yogi successfully raises his psychic energy to this topmost centre he has a vision of Siva-Sakthi.

Though it is the same energy that flows through all the six centres, in the case of an ordinary being, it is concentrated in the three lowest centres. In a perfect being the flow is so refined and uniform, that practically all the centres have been elevated to the highest level. Subrahmanya represents this perfected state of spiritual consciousness.
Lord Muruga is considered very handsome, brave, just. Even though he was seen as a playful youngster, he was also extremely knowledgeable â enough to test Lord Brahma himself. When reprimanded by Lord Siva, he justified his action by telling Siva the meaning of the OM (pranava mantram). He is therefore known as Swaminathan, one who preached even to Siva.

Lord Muruga has two consorts - Valli and Devasena. Valli is a tribal girl and Devasena is the daughter of Indra, the king of the Devas. His mount is the peacock.

The Arupadai Veedu are the six most important temples to Lord Muruga. He gives this darshan in each of these temples in six different forms pertaining to six different stages in his life. Palani, near Madurai where he is said to have created his own abode when he was angry of having been cheated out of the sacred fruit. Swamimalai, where he is shown preaching to his father, Lord Siva. Tiruchendur, by the seashore is where Muruga vanquished the asura Surapadman. Tiruparamkundram, near Madurai celebrating Murugar's marriage to Devasena. Tiruttani, near Tirupati where Muruga married Valli. Pazhamudircholai, near Madurai where Lord Muruga gives darshan with Valli and Devasena.

and blessed for Success Amulet.

It will make a fantastic gift for someone special or for a collector of Asian antiques.Keep it with you for Success Power or keep it in your house .This is a fabulous collector's item indeed!

We will ship WorldWide.Shipping and handling cost is FREE Worldwide.
We ship within 24 hr. after payment is received.
Please make payment within 7 days after auction ended.
Please contact us before leaving a negative feedback, giving us a chance to resolve your problem.
Return Accepted within 30 days with final price money back (buyer pay for return S&H cost)
I will leave Feedback right after the payment is completed.
I sell only genuine antique Thai Amulets ,Pendants.
In this world economic recovery, if you have Thai antique Amulets with you. It will help to prevent any Bad things and protect you from Evil.
It also brings Luck, Wealth, Fortune and encourage you to fight any obstacle with a powerful help of Ancient Magic.
It's also Beautiful and very nice for your Antique collections too. 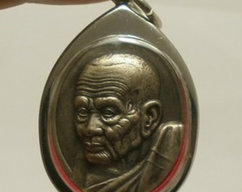 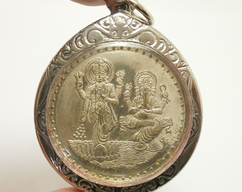 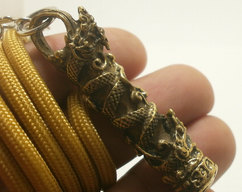 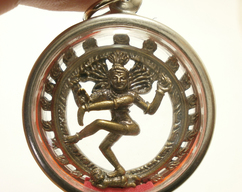