Brahma is the Hindu god (deva) of creation and one of the Trimurti, the others being Vishnu and Shiva. He is not to be confused with the Supreme Cosmic Spirit in Hindu Vedanta philosophy known as Brahman. Brahma's consort is Saraswati, the goddess of learning. Brahma is often identified with Prajapati, a Vedic deity.

The Trimurti (English: â€˜three formsâ€™; Sanskrit: trimurti) is a concept in Hinduism "in which the cosmic functions of creation, maintenance, and destruction are personified by the forms of Brahma the creator, Vi??u the maintainer or preserver, and Siva the destroyer or transformer."These three deities have been called "the Hindu triad" or the "Great Trinity". They are often looked at as the creator, preserver and destroyer respectively. Freda Matchett characterizes the Trimurti system as one of "several frameworks into which various divine figures can be fitted at different levels

It will make a fantastic gift for someone special or for a collector of Asian antiques.Keep it with you for Creative Power or keep it in your house .This is a fabulous collector's item indeed!

We will ship WorldWide.Shipping and handling cost is Free Worldwide.
We ship within 24 hr. after payment is received.
Please make payment within 7 days after auction ended.
Please contact us before leaving a negative feedback, giving us a chance to resolve your problem.
Return Accepted within 30 days with final price money back (buyer pay for return S&H cost)
I will leave Feedback right after the payment is completed.
I sell only genuine antique Thai Amulet ,Pendant.

In this world economic crisis. It's a good thing to have Thai antique Amulet with you. It will help to prevent any Bad things and protect you from Evil.
It also brings Luck, Wealthiness, Fortune and encourage you to fight any obstacle with a powerful help of Ancient Magic.It's also Beautiful and very nice for your Antique collections too. 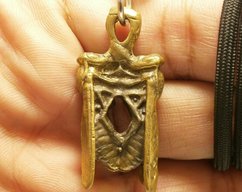 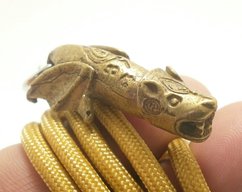 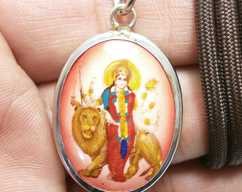 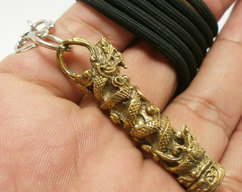